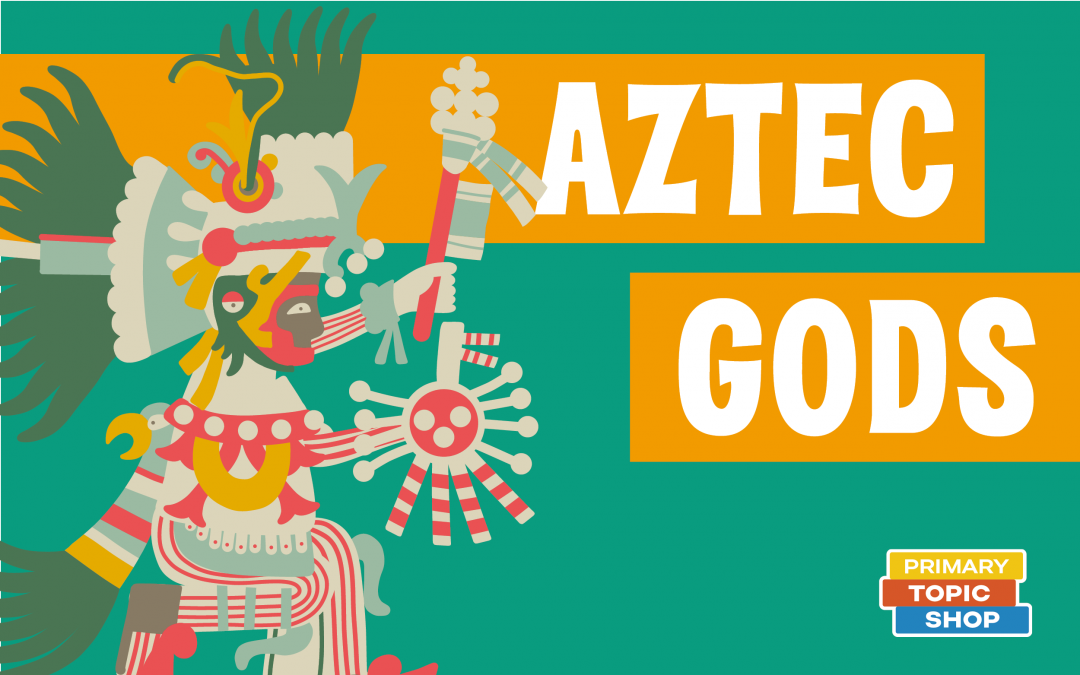 It’s time for a new subject, so we’re delving into the Aztecs. Aztec mythology is very creative and interesting. Students will get a kick out of all the strange things Aztec gods and goddesses got up to. They were both helpful and destructive. According to legend, the gods sacrificed themselves to create the sun and the world, they made humans and gave them agriculture, but they also destroyed four worlds, mostly due to their internal fighting, but once an oversensitive goddess cried so much she flooded the world. Let’s hope the fifth time is the charm, although the myths foretell this world will end in an earthquake.

We’ve included information and stories about eight of the main Aztec gods. The names of the gods can be a bit of a mouthful so I’ve included phonetic spellings of the god names. There are also some interesting facts about their religion and mythology. This resource has a mix of comprehension worksheets, cross-curricular activities and some just plain fun activities. Students will have the chance to exercise their creativity in writing and art. My favorite activity is the trading card template where kids can make up their own deity and assign them powers and rankings. You could take this further and give them a certain number of points to divide between the categories and they could play a trumps-style game with the cards. Alternatively, they could create the cards using Aztec gods, which would be a nice way to engage with the information. Each student could become a kind of expert in one god, and explain why they gave them a particular score.

There are a lot of great video on the Aztecs out there. I highly recommend the Ted-Ed animated fifth sun myth. 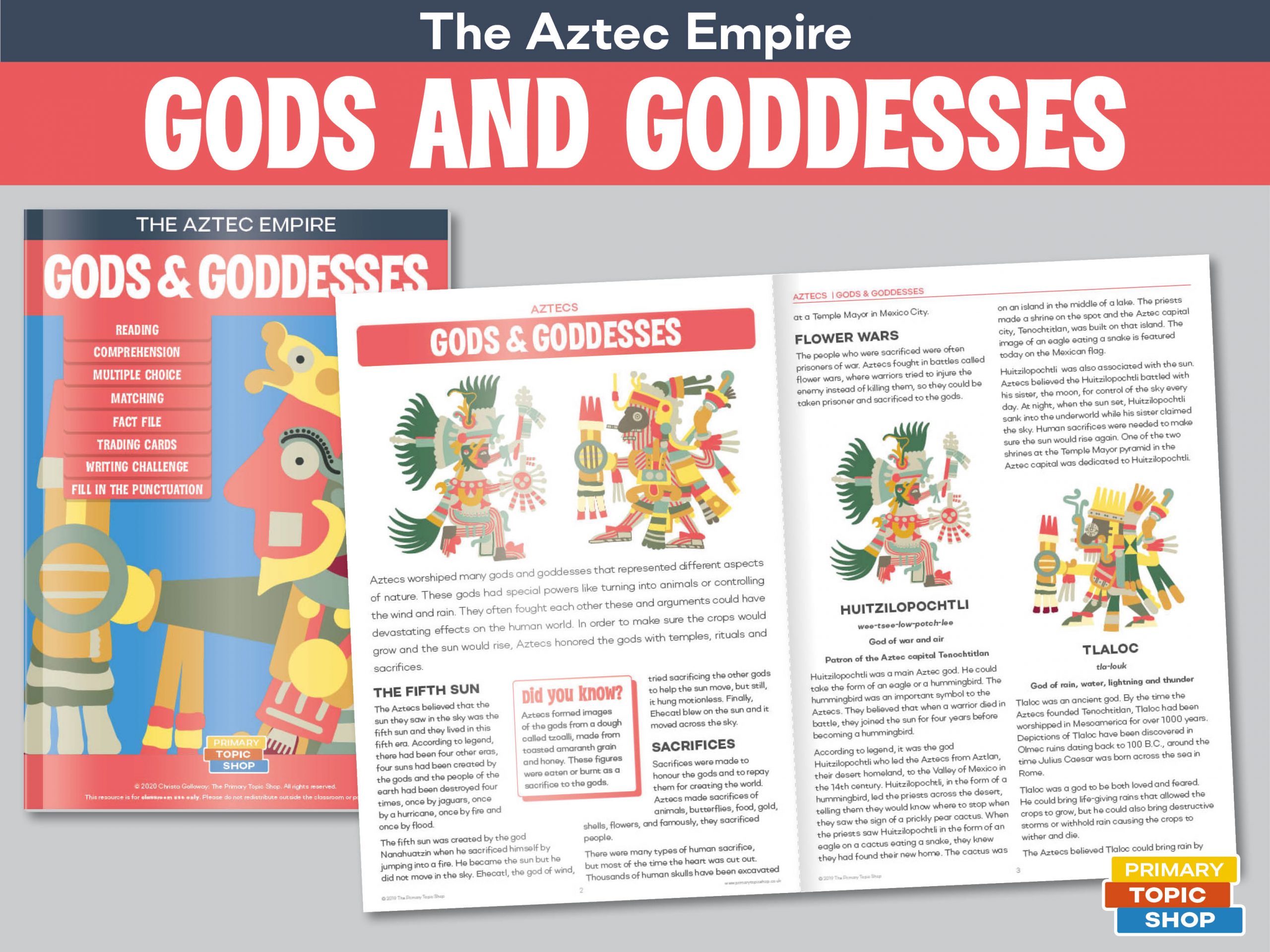 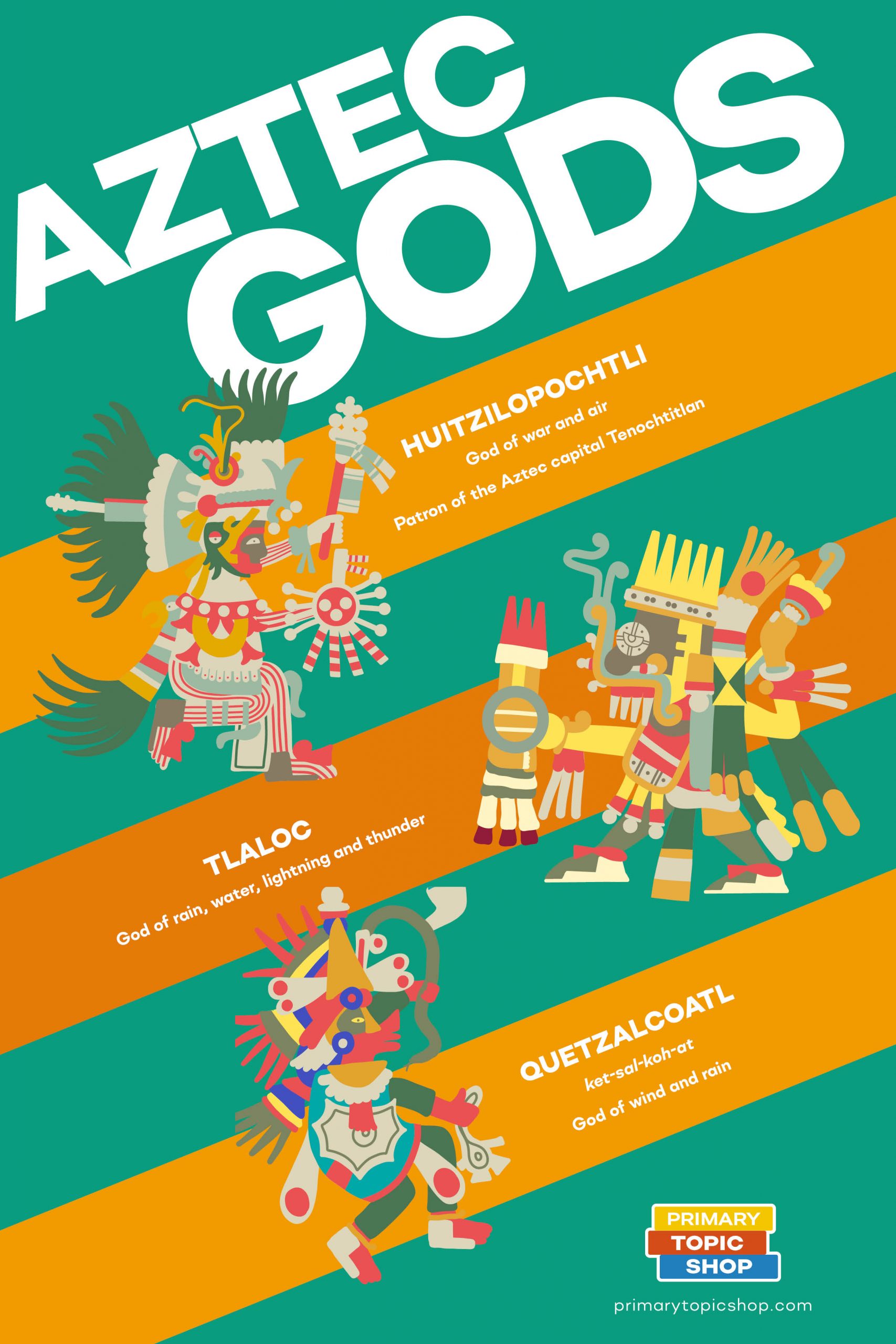