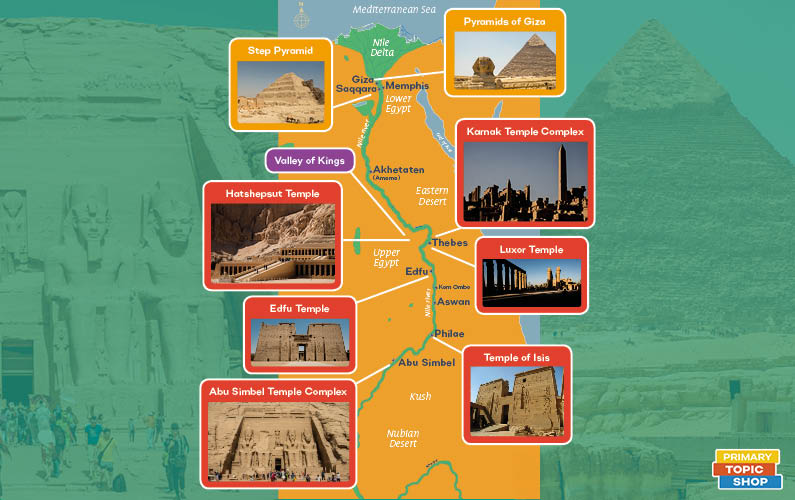 When we lived in Egypt, we were lucky enough to visit many ancient sites, some more than 4,500 years old. We have used the photos and knowledge we gained during these travels to make our Ancient Egypt teaching resources.

Pyramids were built as tombs for royalty. Egyptians believed the body needed to be preserved so that the spirit could journey to the afterlife and pyramids were how Egyptian pharaohs protected their body after death as well as items the deceased pharaoh might need in the afterlife. Many things have been found in pyramids, including boats, wooden statues, stone carvings, clothing, food, and even pets!

Temples were believed to be the homes of gods and goddesses. Some temples were built out of stone and some were carved right into the cliffs. Many temples are still standing today. Even after thousands of years have passed, and the bright paints have long worn away, these sites are still impressive.

This information, and  is included in our Ancient Egypt – Pyramids and Temples resource. If you are teaching your students about Ancient Egypt, check out our primary resource below! 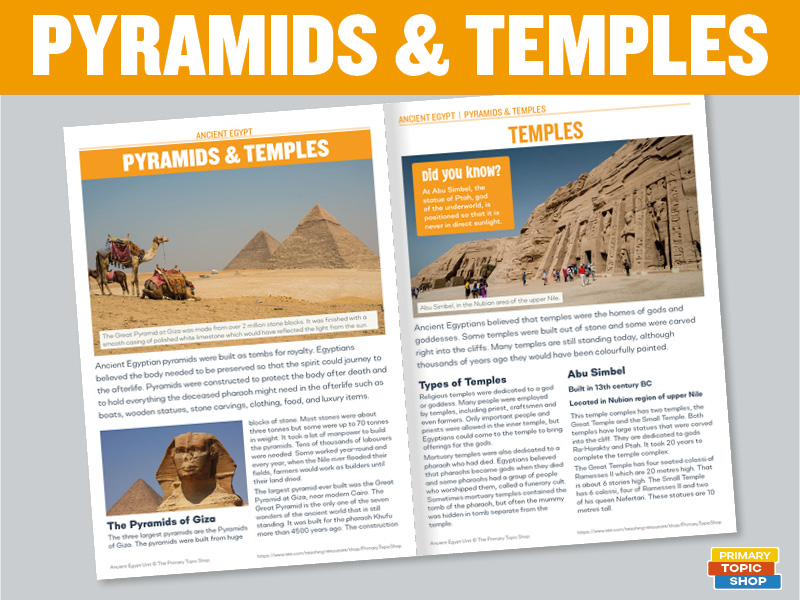 This resource covers the history of pyramids, the pyramids of Giza and the Step Pyramid, as well as types of temples, Abu Simbel, Hatshepsut, Karnak and a map of Egyptian pyramids and temples with photos. There is a reading response, a multiple choice and a name the temple picture identification activity. 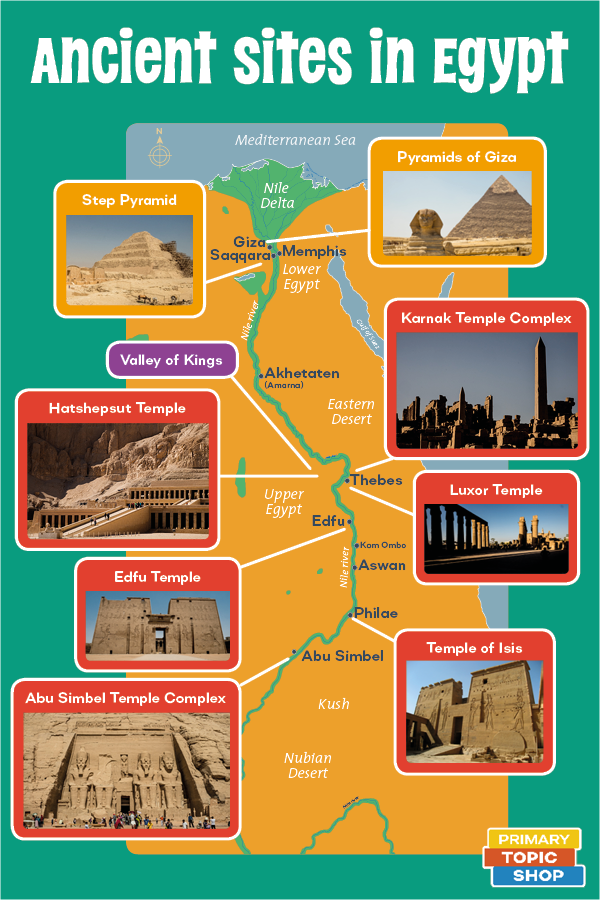