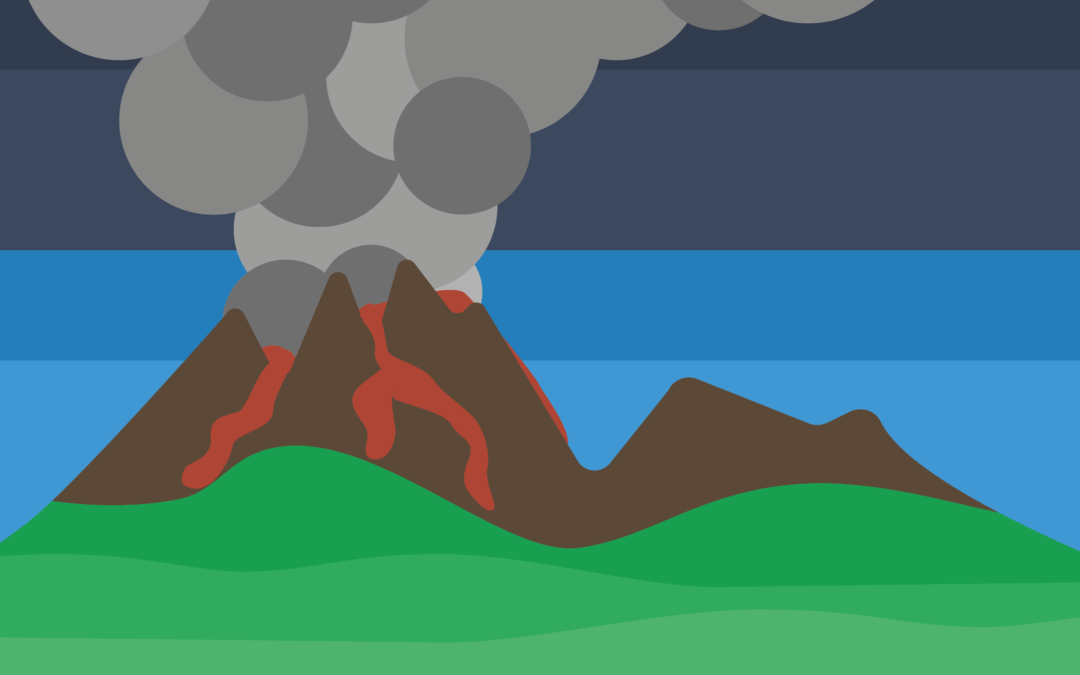 Mount Vesuvius is the famous volcano that killed thousands of people on the ancient Roman city of Pomeii in 79AD. Here are a few facts about the volcano:

The people of Pompeii did not know that Mount Vesuvius was a volcano. Pompeii was built near the southeastern base of Mount Vesuvius.

The volcanic soil was fertile and used for growing crops.

Mount Vesuvius is a stratovolcano which means it is a cone-shaped volcano made up of alternate layers of lava and ash and its eruptions are explosive.

The volcano has erupted dozens of times since it destroyed Pompeii. In 1631, 3000 people were killed in an eruption.

Are you teaching about ancient Rome? Check out our teaching resource on Pompeii and Mount Vesuvius. 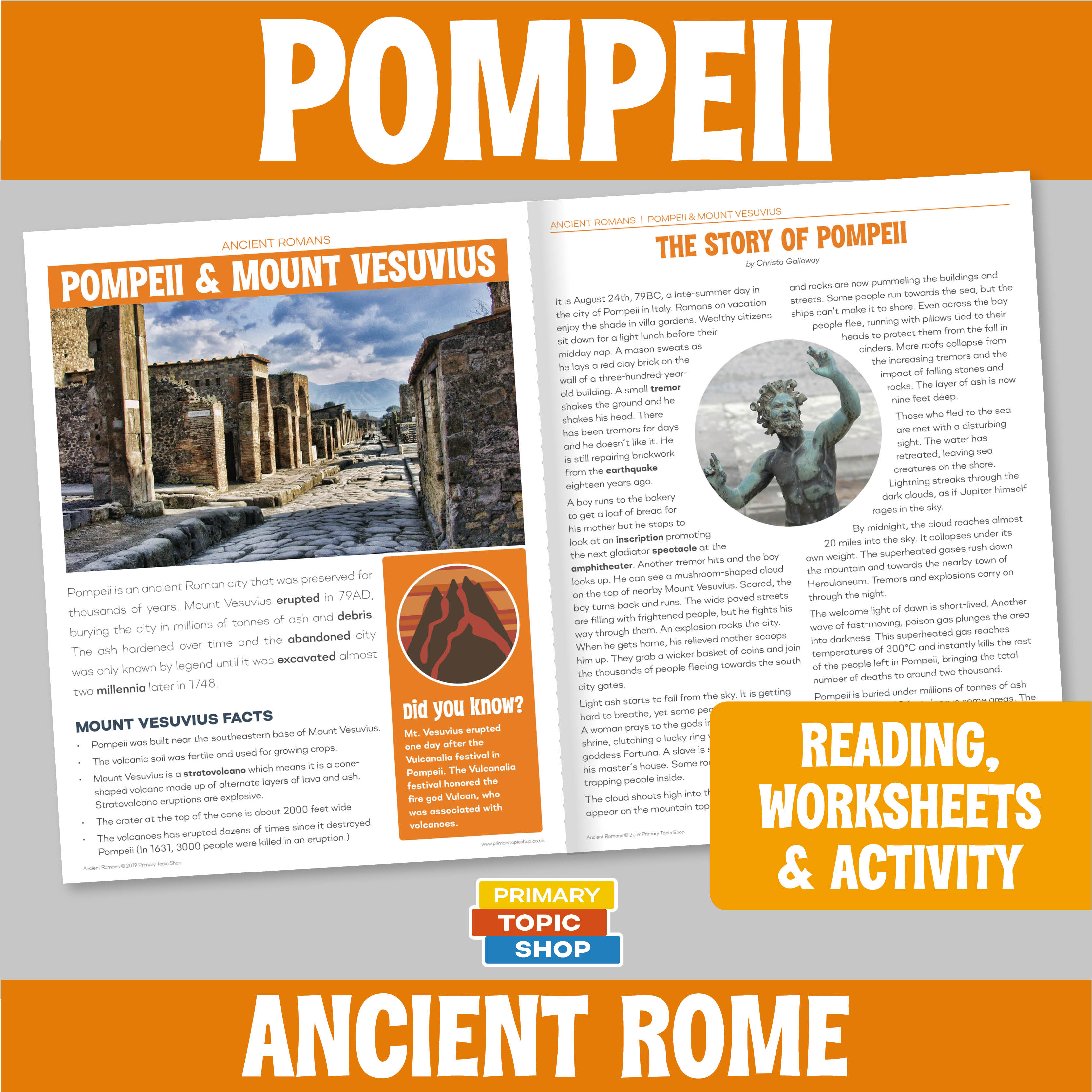 Teach your students about the ancient Roman city of Pompeii with reading, worksheets and a fun activity. The PDF resource includes facts about Mount Vesuvius, the story of Pompeii, discoveries from the excavation including the city, trade, food, religion, writing and people. There is a vocabulary page with definitions. Worksheet include find the synonym, multiple choice, comprehension questions. In the newspaper article activity, students pretend they are newspaper reporters writing an article about the eruption using interviews with ancient Romans. This activity is differentiated with four different task cards and several newspaper template options and can be done in groups or individually. 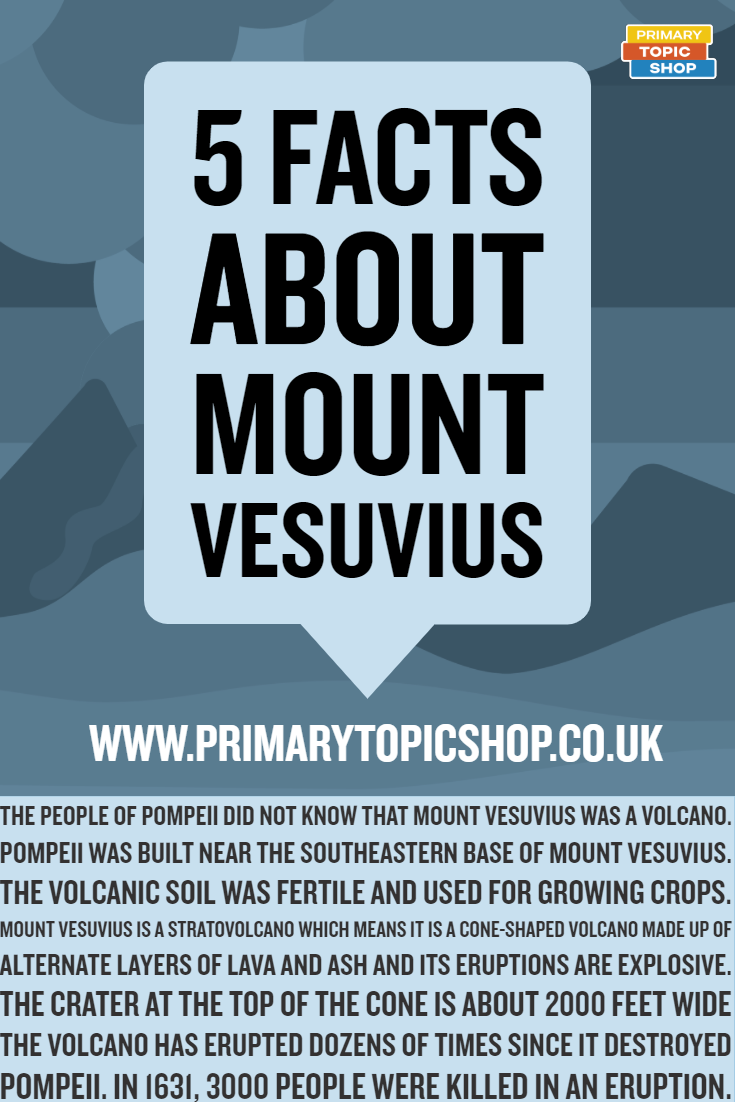