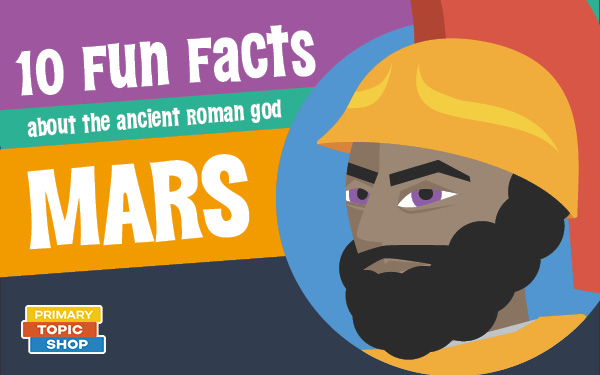 The main Roman gods and goddesses were ‘adopted’ from the Greeks with a few tweaks, nonetheless, they are interesting characters. Here are a few fun facts about the Roman god Mars:

2. He was the founder of Rome.

3. He was pretty much the same as the Greek god ARES.

4. The planet MARS is named after him.

5. Mars was son of Jupiter and Juno.

6. His symbol was the ANCILE (a sacred shield).

7. Mars was fooled into marrying an old goddess disguised as Minerva.

8. The month of MARCH is named after him.

9. Mars was tall and handsome, but he was vain and the other gods didn’t like him much.

10. He was the patron of soldiers.

We hope you enjoyed these fun facts. If you are teaching Ancient Roman Gods and Goddesses, check out our primary resource below! 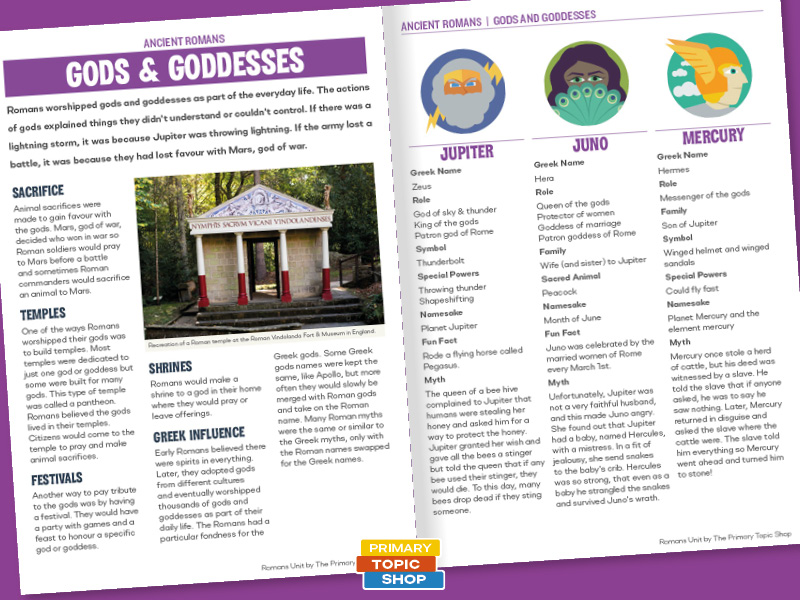 In this lesson students will learn about the ancient Roman religion including sacrifices, temples, festivals, shrines and the Greek influence on Roman gods. This PDF includes information handouts, a fact file activity, a printable memory card game, match the roman and Greek god activity, and differentiated reading response worksheets. In addition there are illustrated listings of 15 Roman gods and goddesses. 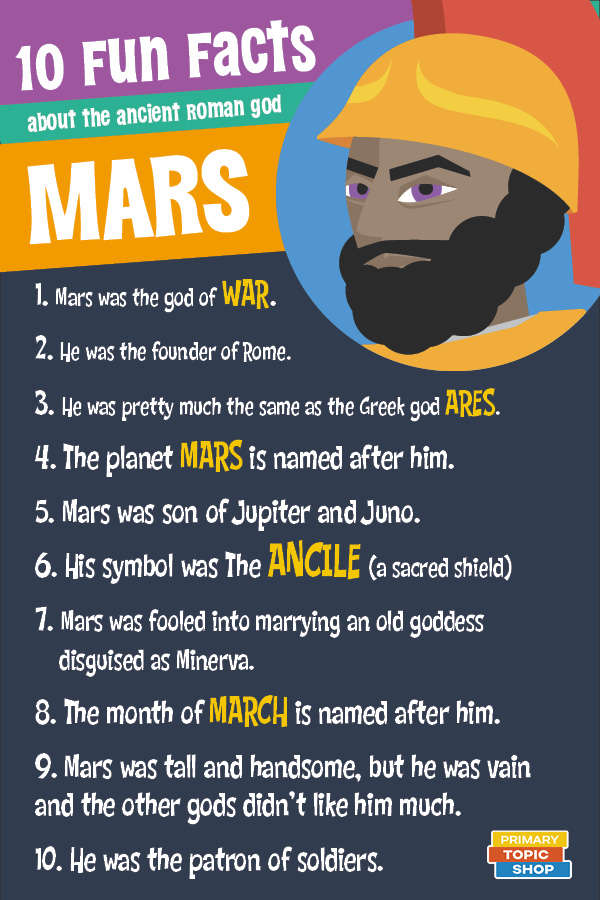